Check here the astrological forecast for the month of April 2022 and understand what your fourth month of the year will be like.

Of the fire element and the cardinal quality, Aries is the first sign of the zodiac. Its energy is represented by the “I am” and its ruler is the planet Mars. ⠀

Its main characteristics are individuation, initiation, impetuosity, courage, and the instinct of defense. It is the seed, the awakening, the person who gives the spark and therefore has the impetus of leadership. It’s the famous sign of “big ben”.

When the Sun enters Aries it awakens in us the courage of the warrior, the initiative, loving individuality, authenticity, passion, and enthusiasm. Aries are horny for life and everything they do. It has a vibrant, loving energy that pulses through the body. It connects with your self-love, with your self-esteem, and with the real and loving importance of the other in your life. He often acts without thinking (with that “I’ll go and do it” impulse). He’s always ahead and doesn’t like to be behind. She has the energy of “follow me” and likes to be in a position to lead the way. ⠀

Reflections for the season are:

This cycle begins on April 1, with the Moon entering Aries at 5:24 am (Montreal time). The apex of the cycle is at the Full Moon, which happens at 5:55 pm on April 16 in Libra.

I am in complete darkness, accompanied by the New Moon. Even without seeing the way, I know where to go. I am accompanied by my intentions and my courage. I glimpse the trail, the stars accompany me.

I take the first step and as much as the path is uncertain, the movement makes me outline the goals that will come ahead. One step at a time. The beginning of a new journey.⠀

The New Moon in Aries brings the energy of rebirth. A new cycle begins and it’s time to start something new. My energy has been renewed and I bring in my luggage the lessons learned from the last cycle.

The Moon hides from me, but I know she’s there and she’s with me. Aries gives me strength, courage, the will to act. I know I can. I am the spark, the beginning of the fire that I want to co-create. ⠀

I am, I start, I go ahead, without fear of starting a dark path. It is my intentions, desires, and self-love that illuminate you. ⠀

I’m ready to start a new walk. May this New Moon in Aries bring me the courage I need. And that I take the first step… for the universe to give the floor.

And from the dark night we passed to the crescent phase of the moon, seeing our memories and our feelings grow a little more each day in the sky. ⠀

The Crescent Moon brings us a strong proactive, nurturing, and supportive energy and when it passes through the sign of cancer it further strengthens our desire to nurture and be nourished, feminine, powerful, ancestral. ⠀

Now, the sap flow starts to rise and focuses on the stem and branches, bringing that desire to manifest, clarity of who we are, an invitation to movement.

The Cancer sign is ruled by the Moon and like the crab that walks sideways so as not to reveal itself, we are more willing to stay in our den, in our comforter, in our corner. Still, that doesn’t stop us from feeling intensely fluid emotions, nostalgia, rescuing the past.

Yes, we are safer at home, but care needs to be taken so that retreat doesn’t become an excuse. The Crescent Moon calls for movement and invites us to prepare for the Full Moon that will not be long in coming. ⠀

The reflection of this moon is: where does my feeling want to take me?

May you bring the clarity I need to make great decisions by looking carefully at all the options that open up in front of me. ⠀

May you encourage me to look at my feelings tenderly before making the decisions I need to make and to be sure to take them into consideration.

May I be able to look at my emotions as a unique being here on Earth and recognize my fragility and my shadows.

May I remember these shadows and see them with affection, knowing that we all have light and shadow in our souls, but that it is only when I look at the darkest point in myself that I can connect with myself and the people around me. ⠀

Movements and transits for the month:

What do I want to plan for this new cycle to start something new?

Take the day to have the initiative and courage to share your plans and projects.

Time conspiring to break with everything I need to revolutionize.

If you know what you want, why is it so hard to have the courage to do it differently?

What did you dream of being when you were a child?

It’s time to talk about what moves your heart, even if it brings changes to the contracts you signed with yourself.

What do my dreams invite me to materialize?

What do I want to plant and nurture with the people I love?

If you don’t end contracts that no longer work, you won’t be able to get where you want to be.

The challenge of looking at what we want to materialize as we watch time pass and the future arrive.

Do you have a dream board or do you live in a fantasy world?

I can, I can, I visualize the future I want.

What needs to be revealed in my relationships?

Do you know how to have accurate communication to show how you like to be loved?

Talk specifically about what you want to change.

It is when we connect with our dreams that we break with the past to live a different future.

We may have difficulties in finalizing processes to act.

Beginning of the cycle in which we will seek concreteness, materiality, and live from our gifts and talents.

Everything that is said today is intended to come true, however difficult it may seem.

What do I need to let go and break away to make room for the new that will emerge?

Pay attention to what you want to materialize with words as things may not turn out as you imagine.

Assess whether your speech is based on dreams or fantasies.

Your dreams are the biggest drivers of your purpose.

Write down on paper all your wishes and make a dream board.

To recognize its value, it is necessary to delve entirely within yourself.

Fluid communication, rationality, and sociability are highlighted for the next few weeks.

There are still processes that cannot be completed. Reflect where this retrogradation is bringing you transformations.

The more of yourself you give, the more the universe will return to you.

Tarot advice for the season of Aries

Traditional Tarot considers that the card that most represents the energy of Aries is THE EMPEROR, but I also believe that this energy brings a lot of representation of the MAGICIAN. Check out the definition of the two cards here and see the one that makes the most sense for you.

Card number 4 in the deck represents structure and stability like a table and its 4 feet. In it, a frowning man is seen, seated on a throne, holding a cross with the circle of spirit and matter. His beard represents experience and his crown represents power. The mountains in the background represent the strong foundation to build great things in our lives. The Emperor is rational. Its red represents courage and brings tension. Underneath his tunic, he has a warrior’s attire showing that he is going to fight. On his throne, two gargoyles protect him.

The Emperor is a leader, determined and organized. He knows exactly what he wants and where he wants to go. When we take out this card, it is an invitation to become an authority in our lives. He invites us to have organization and a strategy.

It asks us to be direct, practical, resolute, not afraid to act, to solve things without hesitation. It calls us to recognize and impose limits too (what we allow or not) and know how far we can go in a given situation. He invites us to protect what is ours (it’s mine and nobody messes with it).

The questions the Emperor asks us are:

Represented by a man with tools in front of him, he has a pentagram representing earth, a cup representing water, a wand representing fire, and a sword representing air. The plants around him show that he has everything he needs to “make it sprout”. He also has an infinity symbol under his head and an up and down hand connecting heavenly and earthly knowledge.

It is card number 1 and, therefore, invites you to take the first step, to stop procrastinating, to trust that you are capable of doing everything you have in mind, and to put the opinion of others aside to focus on yourself.

Its keywords are skill, action, initiative, power to create, wisdom, putting plans into practice, self-confidence, focus and courage. The card invites us to act, to move. The magician is the tarot entrepreneur.

The card also comes as a tug of the ear: trust yourself more, don’t worry so much about the opinion of others, have self-confidence, get your hands dirty. Take more control of your own life. Who will reap the good results is yourself. The power is in your hands. Make it happen.

The Wizard’s questions are:

How about scheduling a reading in April with me?

Know about my work
Categories: English 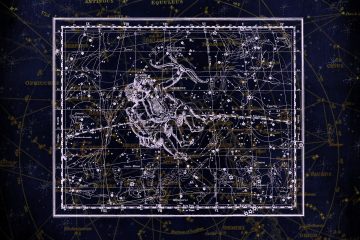 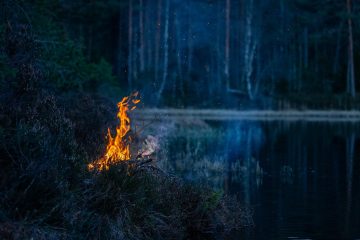 spark feminine noun a luminous fragment that comes off a burning body or resulting from the friction of two bodies; spark. very short-lived electrical discharge between two conductors separated by a gas (such as atmospheric Read more…